Aabsdu di Plagia Dupar looked rather ordinary with his short-cut brown hair and matching eyes. The scar running down from his left eye was telling, but otherwise he was utterly unremarkable. Forgettable. He hardly looked like what one would expect of a member of the Dark Council. Marick Arconae knew better, of course, and felt no trepidation in catching up with the Master At Arms.

“Master Dupar,” the Combat Master called, casually making his way over towards his fellow Dark Side Adept.

“Marick Arconae,” Aabs said, half turning and flashing a tight smile. “To what do I owe the…privilege?”

Marick mirrored the smile perfectly, taut and calculated. “You’ve heard about the new initiative known as the Anteian Contract Bureau, I’m sure?”

“I may have heard something here or there,” Aabs said casually as he turned the corner and entered into a row of holodisks.

“I have a contract for you that comes from the Deputy Grand Master himself,” the Hapan explained calmly.

“So he sends the Combat Master to deliver the message?” Aabs lifted a brow, suddenly conscious of the lightsabers each Adept displayed on their belts.

“I happened to be coming this way already,” Marick Arconae replied easily, his eyes following Aabsdu’s. “Plagueis is currently going through some…transitions, as he tells it. As former Consul, he figured you understood, and would be the right person to carry out this task.”

Aabs took the datapad and glanced it over, noticing that the screen did not flicker to life until it scanned his fingerprints. Clever. Once activated, his eyes scanned the contents as he thumbed through them. He nodded a few times to himself and then looked back up at Marick.

“I’m sure I can’t tell you much about Anchorage that you don’t already know,” the Combat Master explained. “It would appear the Iron Throne has taken an interest in the project.”

The Master At Arms blinked once and then nodded his comprehension. The two elders shared a look, understanding.

“Di Plagia,” Marick said with a bow of his head before turning to leave.

“Arconae,” the Master At Arms replied, mimicking the gesture before turning and walking off in the opposite direction. 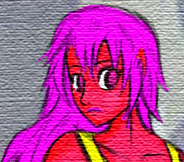 Briefing: “D3l” is a gifted architect and slicer who has survived mostly as a freelancer by breaking into existing security systems and top secret locations, and selling the information back to the companies. While she was able to remotely key in and exploit Anchorage’s existing firewalls, she showed a curious lack of ransom. Our intelligence has tracked her down to Corellia, where her ship has been “grounded” until further notice. While apparently brilliant in the slicing arts, Delanie is prone to her species’ hedonistic tendencies and is often recorded being seen at gambling dens. Your mission is to find Miss Redding. Her last known location on the planet is contained in an encrypted attachment.

However, simply eliminating the target does not solve our problem. For Anchorage to become a true asset to the Throne and the Brotherhood, Delanie Redding must be recruited to help tighten up the loopholes she was able to find, as small or minute as they seem. That said, naturally, she cannot be allowed to walk away after the job is completed.

I trust you to handle this matter, Aabsdu.

As the fourteen days since reactivation have elapsed, this contract is now Forfeit. Though the participant can request further contracts, this one will remain with a permanent score of Incomplete (-2).