Some of you know me and some of you don’t. My name is Marcinius Turelles, some of you know me by Daedric Turelles. I have been gone for a while and I plan to return to enjoy the Brotherhood of Naga Sadow once again. I’m going to use this thread as a place to write my fiction of my returning. If you want to join me that’s awesome! This isn’t a competition but just a way for me to go about getting stuff written out. Shoot me an email at marcinius.turelles@gmail.com if you want to join me on this.

SInce the possessions system is now live I will be using my Character Sheet’s Load out to the fullest. If it’s not on my load out then I do not have it. If you plan to join me, I will place a link to your load out here.

Marcinius leaned against the side of his V-35 Courier, looking across the plains as the wind softly blew. It had been over a year since he was an active member of the clan. He missed it, however the time away had been good for him. For so long he struggled with the reality that he would never again feel the force flow through his fingers; reaching out and touching the living life force of the entire galaxy. In time Marcinius came to terms that it will not return. Not without the help from a Grand master. He only knew one.

The name brought both pleasant and unpleasant memories. He shrugged the thoughts off, placing them back into the farthest reaches of his mind. Such things would only cause the training that he had endured the last year to be laid to waste. He walked around the front of his Courier, rubbing his fingers across the front of the vessel as he passes. As he made way around to the right side of the craft, his data-pad made a slight chirp, alerting him to an incoming message. The Captain raised his left arm, keyed in his decryption code and began reading the message.

Thank you for using ARX Starship Acquisitions. Your recent order for the GX1 Civilian Short Hauler has been delivered to the Kar Alabrek spaceport, dock 342.

The message flickered away as he lowered his arm to reach for his rifle that laid against his speeder. Let’s get to it. He thought to himself as he climbed into the cockpit. After switching a couple of switches, the turbines began to spool, kicking up small blades of grass and the speeder began to lift off of the ground. The top hatch closed securely locking himself inside. He pushed the throttle forward, notifying the engines to begin to produce thrust. As the GX1’s speed began to pick up he keyed in his destination. A confirmation messaged appeared on the right hand screen confirming that he was heading to the Alabrek space port. It displayed a couple of numbers, providing him his time of arrival.

As the speeder raced forward, the landscape of this distant city grew closer. It would still take time to get there and the Captain was not in a rush. He began to think for a moment. After a brief stint of thought, he began typing out a message. It could be a lost cause or it could result in a meeting. If he didn’t try then he knew for sure that it wouldn’t work.

To: The Lion of Tarthos
Subject: Korriban

Marcinius typed out a short message to the Grand master. It could be in vain but at the same time…he had to try. His finger hesitated over the Send icon. He took a deep breath and pushed his finger forward. Sending the message to it’s desired end user. As a notification appeared on his screen stating it was delivered, he sat back in his seat in an attempt to get some rest before arriving at dock 342.

Marcinius stepped out of his vessel, looking toward the sky as vehicle after vehicle flew through an invisible field all seemingly effortlessly following some determined path. It had been a little over a year and a half since he had been to Alabrek. In that time it had grown from a run down city to a new thriving one. He couldn’t sense it but he could almost feel the new found energy surging through the streets. He cocked his head to the right ever so slightly, that feeling…he thought to himself…it was faint almost out of reach. He pondered a moment trying to think if his connection to the force was some how returning to him. _It can’t be…no…it’s gone now…_as quick as it had come to him it left him.

He turned back to the vessel, and reached inside and grabbed his rifle. For the past year it has never left his side and he wasn’t ready for today to be the first day. He ran hand across the railed surface of the barrel until it reached the sling. He moved it slowly to the right side of his body while checking to make sure that everything was in place. As he stretched the sling across his left shoulder, he lowered the rifle to the right side of his body. Fully extended, his hand would rest right on the rifles grip, allowing him quick access in the event the need arises.

As he turned to face the entrance to his assigned port and service droid approached him. A 3PO-series, black in color and carrying the marks of Clan Naga Sadow.

“Greetings Captain,” the droid began. “I’m E2-9H, and I have been tasked to assist you while you are here. How may I have be of service?” Marcinius stared at the droid a moment. The human like face stared back at him, waiting for his response. In the distance the turbines can be heard spooling to lift off while other were cooling down from landing. Ships could be seen for as far as the eye could see taking off and landing. Controlled chaos.

“I’m here to retrieve my property that I have purchased. A GX1 Short Hauler model,” Marcinius stated as he began to walk toward the entrance. E2-9H turned to follow him. “It should be named ‘Phoenix’.”

“Ah, yes Captain. I know the exact ship you are referring to. Follow me and I will take you to your new ship, and must I say Captain, a fine ship it is.” E2-9H took the lead, picking up his pace.

As Marcinius approached his newly purchased ship and stood in amazement. Even though he spent time in combat in larger ships, flown with the powerful fleet of Sadow, he was still amazed. The ship before him, was his. He owned it. It wasn’t much to look at but he didn’t care. He never owned something that could travel the stars. A since of pride came over him because if it was for Sadow, none of this would have been possible. The ship was pitch black, almost every square inch had been painted black as to conceal it from the visible spectrum in the darkness of space and to assist in night landings. 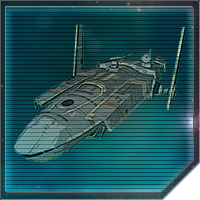 “Captain, would you like for me to being loading your equipment onto the Phoenix?” E2-9H asked, coming to the side of Marcinius. “Sir,” the droid questioned again. This time it broke Marcinius from his day dream, pulling him back to the world in which he stood.

“Yes, of course. Alert me when it is complete.” Marcinius stated as he moved to board the Phoenix. I have a call to make.

“Captain, it has been awhile,” the voice of Battlemaster Takagari KogaRyu emanated from a small image of himself. The hologram flickered as the emitter was of poor quality.

“That it has, Battlemaster, that it has. I’m requesting to return from leave.” Marcinius stated, a worker droid moved behind him setting down crates in the floor. He looked them for a moment, curious as to what was inside.

“Are you sure, Captain?” He replied, slight contempt in his voice.

“It is time.” Marcinius stated as he leaned back into his seat. “I have been gone long enough and it’s time that I return to the Brotherhood. To my brother…my family.”

“Ah yes. Get yourself situated for the time being. I’m currently…disposed of at the moment,” Takagari stated as he looked toward something off in the distance. A figure walked behind him, a black silhouette that had just a hint of purple. Marcinius had seen that shadow before…that shade of purple before…“I will contact you in the coming days with your orders.”

Marcinius nodded as the image extinguished it’s self. He thought for a moment trying to think to the last time he had seen anyone from the Brotherhood. The leadership has changed and nothing was quite the same and it would take some getting use to.