Battlefront: Twilight Company; The single player missions that could have been 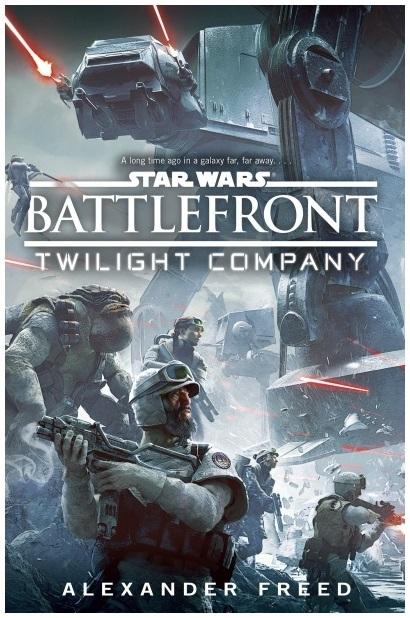 The official tie-in to EA's upcoming Battlefront video game, our first AAA game since Disney and Star Wars mated, Twilight Company follows a contingent of the Alliance to Restore the Republic's sixty-first mobile infantry. The action takes us from before the destruction of the Death Star, through the Battle of Hoth, and on a grand campaign against the Empire's infrastructure. Twilight Company supposedly plays a role in EA's game, but the biggest achievement of Freed's tie-in is less its relevance to a game and more its gritty look at how troops on the ground view the ever changing grand plans of the Rebellion we are use to seeing from the top down.

Twilight Company follows Hazram Namir, a human from a backwater planet who grows up thinking one's life only has worth if fighting for a cause. When younger, that cause is his local warlord, but the rise of the Empire and its Galactic War against the Rebellion strips his planet of that social structure. He casts in with the Alliance largely because they happen to be the ones who offer, so while a fierce fighter, Namir is a lackluster leader with no true loyalty.

The Alliance followed its success at Yavin with a major push through the Mid Rim, but with their forces spread thin they have begun pulling out of each planet conquered or liberated, depending on the point of view. During one of these withdrawals, Twilight takes Governor Everi Chalis, a protege of Count Vidian from A New Dawn, into custody. She labels herself a turncoat and promises vital information to the downfall of the Empire.

The company takes Chalis to the Rebel base - Hoth, but it is during this visit that the Empire and Darth Vader arrive. Our heroes escape Hoth to find the Rebellion has scattered; leadership has no instructions, so they create their own. Governor Chalis' knowledge of Imperial infrastructure will allow them to undergo a campaign of tactical strikes against supply lines leading up to the ultimate target: Kuat Drive Yards.

The Battle of Hoth takes place around the midpoint of the novel and it is here the plot, pace, and excitement picks up. The early acts detail Namir's role as sergeant of Twilight, how the Rebellion recruits new soldiers on each planet it liberates (essentially saying, "We are leaving. Either stay and deal with the Empire or come with us and fight."), and Twilight's flight away from Imperial forces attempting to kill Chalis before she divulges too much. 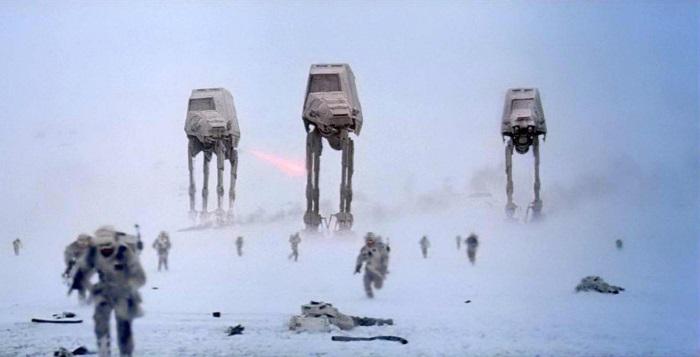 At Hoth, things change and Freed's novel starts to shine for its boots on the ground perspective of galactic events. While Chalis is taken to High Command, which we know means Leia Organa, we stay with Namir as he is put to work with the troops. When the Empire attacks, Namir and Chalis think they are the target, and Namir fights the battle from a western outpost distanced from the cinematic spectacle happening at Echo Base. Vader's arrival scares Chalis into thinking he is there for her, but she survives to realize how little her life means to the Empire. We never see Luke or Leia, and while Han makes a cameo, Freed never refers to him by name.

Twilight is not fighting the Imperial army but that group of stormtroopers; not liberating the galaxy but this part of the village. Twilight plays an integral part in the galactic fight yet are largely unaware of the overall strategy. This oblivious nature causes contention with Namir, who does not want to commit to a strategy he does not understand. At Hoth, he partakes in conversations speculating how long the war will last, if the Rebellion can take Coruscant, and what they'll do after. Namir suggests a galaxy under the Republic will be little different: new leaders, new councils, new rules. A fight breaks out.

The entire novel is built around the soldier's point of view, but it pays off on Hoth when we are able to experience an event we know the whole picture of yet the characters do not. They do not know about the Jedi versus Sith or the light side returning. When Vader raises a hand and deflects blaster bolts with the Force, Namir thinks his armor has some type of built in force field. Twilight does not know about Luke Skywalker's presence; they do not know why the Empire hunts them.

This is why the lack of instructions following Hoth leaves Twilight in disarray. Namir finds himself leading a group of people committed to a cause he does not fully buy into. We know Luke to be training on Dagobah. We know Han and Leia to be seeking refuge at Cloud City, but these troops do not know. They're just waiting.

The reader is also waiting, so the second half of the novel picks up after a clear goal is put in place: Kuat Drive Yards. Twilight planet hops, striking targets to manipulate the Empire into reallocating its forces away from Kuat. While EA's Battlefront will not have a single player campaign, Twilight's step by step advance toward Kuat, named Operation Ringbreaker, would have made a great series of missions with plenty of room for character development and stellar action across a variety of planets and space arenas.

One expects a novel called Battlefront to have great action and Freed proves himself during the climatic battle on Sullust (one area where the game may tie in). His down and dirty perspective of the war gives tension to Twilight's last stand. The battle takes place on the ground and in atmosphere, with the focus being the former. The stakes are high, the pay off worthwhile, and if a tie-in novel is meant to make you wish you were playing yourself, Freed succeeds.

The rest of Twilight Company is your standard Star Wars affair. Namir and Chalis are the most developed characters, and while you spend time with others in his squad you do not care much when some die. These moments reminded me of Harry Potter of the Deathly Hallows and learning about supposedly important characters dying off screen. 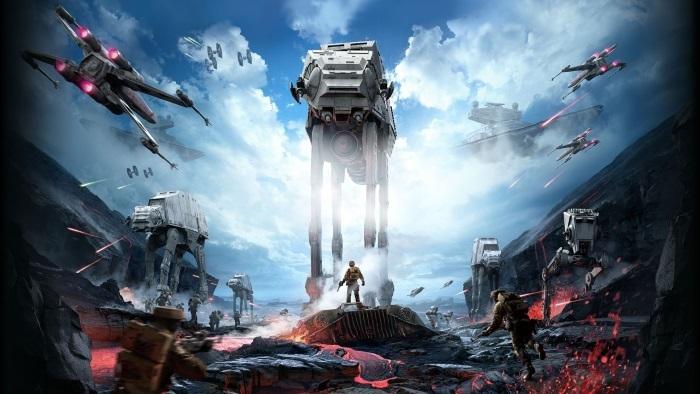 While Aftermath attempted to develop its generic and boring group of characters throughout the story, Twilight Company only briefly mentions others are there, instead focusing in on the motivations and arc of two: Namir and Chalis. Even the Imperial forces chasing them are given little attention, though there are a few chapters from their perspective that give a humanizing view of the Imperial side.

Ultimately, Twilight Company starts slow but picks up with a spectacular rendition of the Battle of Hoth. Operation Ringbreaker is a fun series of missions that would make great gameplay, and while I need little incentive to be excited about EA's Battlefront, it will be fun playing these characters knowing what they went through to be there.

Star Wars stories that do not feature main characters from the films often create ones banding together to have some effect on the galaxy and become heroes in their own right. The leaders and members of Twilight Company are heroes, their actions have consequences in the greater war, yet they do not know it...and they do not want to.

Canon Timeline: 13-22 Years after Episode III: Revenge of the Sith

The bravest soldiers. The toughest warriors. The ultimate survivors.

Among the stars and across the vast expanses of space, the Galactic Civil War rages. On the battlefields of multiple worlds in the Mid Rim, legions of ruthless stormtroopers—bent on crushing resistance to the Empire wherever it arises—are waging close and brutal combat against an armada of freedom fighters. In the streets and alleys of ravaged cities, the front-line forces of the Rebel Alliance are taking the fight to the enemy, pushing deeper into Imperial territory and grappling with the savage flesh-and-blood realities of war on the ground.

Leading the charge are the soldiers—men and women, human and nonhuman—of the sixty-first mobile infantry, better known as Twilight Company. Hard-bitten, war-weary, and ferociously loyal to one another, the members of this renegade outfit doggedly survive where others perish, and defiance is their most powerful weapon against the deadliest odds. When orders come down for the Rebels to fall back in the face of superior opposition numbers and firepower, Twilight reluctantly complies. Then an unlikely ally radically changes the strategic equation—and gives the Alliance’s hardest-fighting warriors a crucial chance to turn retreat into resurgence.

Orders or not, alone and outgunned but unbowed, Twilight Company locks, loads, and prepares to make its boldest maneuver—trading down-and-dirty battle in the trenches for a game-changing strike at the ultimate target: the very heart of the Empire’s military machine.

If you're interested in writing a review for DarkJediBrotherhood.com, please email the Recruitment Tribune with your proposed review subject as well as a sample of what you'd be reviewing. Thanks to Aabs for this great review, and congratulations on your Dark Side Scroll!

This is a companion discussion topic for the original entry at https://www.darkjedibrotherhood.com/news/star-wars-news-db-reviews-battlefront-twilight-company