Masters of our Fate – A Shrouded Enemy - Dark Jedi Brotherhood 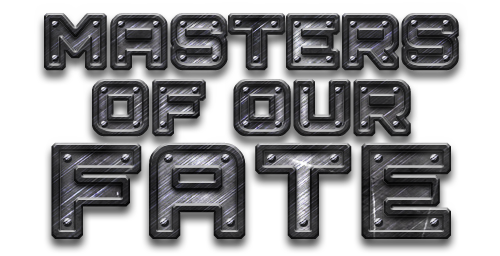 Senior Technician Kenoran stared at the most recent local intercepts that had been delivered to him from the Signals Intelligence Division, and felt an uneasy itch forming between his shoulders. While he knew he had no Force sensitivity like the secret masters of Karufr, what he did have was years of training and a finely honed sense of paranoia from working in the clandestine services for so long. The Directorate had been relatively quiet ever since all of those operations in the Horuset system, just a lot of tense waiting, and watching, hoping that their stance against the fabled Dark Council wouldn't be held against them.

It took many hours of work, digging into the sub streams of data, finding patterns that were so obscure they might as well not exist. But now finally, Kenoran was sure.

Consul Keirdagh Taldrya Cantor sat impassively as the director of Taldryan's Counter Intelligence Service laid out its briefing in full, his emerald eyes darting around the room to take in the reactions of the assembled party around him. His Proconsul and long-time friend Howlader looked supremely unconcerned, and was busily tapping away at his own data pad. Keirdagh would have taken him to task for not paying any attention, but the old man knew the hirsute Proconsul was hearing every word in the briefing.

The Quaestors, Omega Kira and Raistline Majere had their eyes locked onto the Intelligence Director, concern etched on every line of their faces as they considered the facts that were being laid out for them, and reaching out with the Force Keirdagh took a feel for their emotions. Raistline, a veteran of many years was cool, stoking his anger for whenever an enemy truly presented themselves. Omega in contrast was seething, already preparing to lead his forces in Dinaari into the fray.

The final Force sensitive member in the room however was an island of calm and peace. In fact, his presence might even account for some of the unease in his members. Cole Drayson was becoming a fixture within Taldryan's Great Hall. His assistance during the unrest prior to the Great Jedi War had won him, and his compatriots a great deal of trust from the Consul, and it was clear that despite the Gray Paladin's reluctance to treat with "dark siders", that the organization was beginning to realize it had nearly as much in common with Taldryan as it did with the Jedi Order itself.

Raeth Elson's voice cut into Keirdagh's reverie again as he reached the end of his briefing. "As you can see gentlemen, there has been an increasingly sophisticated build-up of pressure against our firewalls. Despite our relative anonymity within the galaxy at large, we expect nearly constant attacks from the other Clans and the Dark Council itself. But this growth in pressure, from both local nets and the galactic holo-net has started to open up vulnerabilities faster than we can actively shut them down."

"What does this mean for our overall security, Director Elson?" Howlader asked without looking up from his data pad, "and what appears to be the objective of these people?"

"As far as we can tell sir, we haven't had any major breaches, but if they continue piling on the pressure, we're going to have major issues. The majority of their attacks seem to be routing through our interests on Taruma. As you know, one of our greatest tactical advantages in holding our position, and maintaining our Fleet is the converted TIE Fighter facility there."

"What about the source? Is it coming from Dajorra, or Antei? Who's hitting us?" asked Omega heatedly.

"Actually sirs, it doesn't appear to be coming from Brotherhood space at all. The best our intercepts have been able to make out in regards to the holo-net sources have been routed through the Orron System, and the local attacks have been localized to the offices of what I can only assume is a shell corporation headquartered in Dragostae." Elson took a few moments to call up the proper section on his data pad and continued. "It appears as though the company in question is known as Sphinxian Satellite Technologies. We assume it is a shell corporation as the only actionable intelligence we've been able to identify as of yet has been their registration under Karufr law. The routing information for their corporate contacts seem to disappear somewhere in the Corporate Sector."

At this point it was Drayson who spoke up. "The Orron System is the home of a central data centre for the Authority. I think it may be worth investigating that these attacks may be from a rogue faction within the CSA itself, Keirdagh."

"It's possible," Keirdagh mumbled, his mind deep in thought. "The Corporate Sector Authority has done a pretty good job of keeping itself out of the business of the mid-rim territories like Kr'Tal though. Perhaps all our efforts to turn our home into a black hole have been too successful, it might be that they think they can attack us and nobody will lift a finger."

Howlader snorted in amusement at that statement. "They're probably right about that, Yacks. Who would come to help us?"

"When have we ever asked for help, Howie? If these bastards want to come after us, let them come. But before we get too busy fighting, we need to learn more about our enemy." Nodding at the Director still in the room, the Consul continued, his voice taking on the steel of command. "Elson, get back to HQ and do everything you can to keep ahead of their intrusion. Dispatch Special Branch to dismantle Sphinxian Sat Tech, and get us any intelligence you can. Also have your teams in the Authority space start tracking down some leads. I'll be making sure SID and SIS get on top of this as well, so make sure you liaise with Biabru and Edo to stay on top of everything."

The Director nodded smartly and left the room, clearly recognizing his dismissal. As soon as the privacy seals had clicked back into place, Raistline piped up "so what do we do for now, Yacks?"

A fell light filled the Consul's eyes as he looked back at those around him. "We prepare for war."

The second round of Masters of our Fate will be kicking off at 00:00 UTC on August 13th. Please make special note that the fiction competitions are an either/or scenario. Pick one, not both. The prompts are visible without subscribing to them. Additionally the Corporate Espionage and informant competitions both have time sensitive elements, so be prepared for when they open.

I hope everyone enjoys the competitions!

This is a companion discussion topic for the original entry at https://www.darkjedibrotherhood.com/news/reports-masters-of-our-fate-a-shrouded-enemy

For posterity, the competitions for this round will be…